High blood pressure (hypertension) rates in Africa have climbed by more than 30% in the last decade with the continent now being the epicentre of the disease.

Hypertension affects an estimate 31% of men and 36% of women in South Africa and is the single biggest cause of premature death globally.

Nicole Jennings, spokesperson for Pharma Dynamics, the country’s largest provider of cardiovascular medicine, puts the rising prevalence down to urbanisation, an ageing population and a substantial increase in behavioural risk factors like alcohol consumption, smoking, unhealthy diet and physical inactivity.”

The latest South African National Health and Nutrition Examination Survey (SANHANES) shows that among those with hypertension:

“That means nine in ten hypertensive adults in SA go unscreened, undiagnosed and untreated. This is in stark contrast to the USA where more than half (52%) of hypertensive adults are controlled and only 17% are undiagnosed,” remarks Jennings. “In SA, many are lost at the screening stage and even when screened, no diagnosis is made. Similarly, in cases, where treatment is given, many don’t take their medication as they should even though it’s available for free at public clinics.”

She says for many patients the time and money it takes to travel to health facilities pose a major barrier as they’d need to take time off work and no work often means no pay, while insufficient knowledge about hypertension and the belief that health services are of poor quality and not worth the trouble and expense are other contributing factors that may limit care seeking among the medically uninsured. 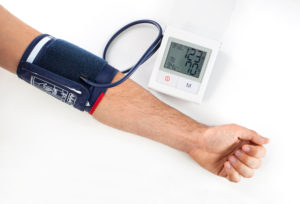 Overall, women are also more likely to be screened and treated for high blood pressure than men.

Jennings adds that the study provides valuable insight into where patients are lost in the hypertension care continuum and serves as a benchmark for evaluating efforts to better manage the rising burden of hypertension in the country.

“The recent launch of the national Strategic Plan for the Prevention and Control of Non-Communicable Diseases signals a shift in the government’s priorities where they aim to reduce premature deaths from NCDs, which includes heart disease, by 25% in the short-term. They will do so by having a more accurate baseline to measure the national prevalence of hypertension and rates of screening, diagnosis, treatment and control in order to assess improvements, while encouraging healthy lifestyle changes and medication adherence.

“Long-term hypertension detection and management programmes that focus on cardiovascular risk are critical if we are to tackle the current unmet need for hypertension care in SA.

“Every day, 215 people die from heart disease or stroke, which are primarily as a result of uncontrolled hypertension. Often, high blood pressure is detected too late when significant damage has already been done to the heart and arteries. A large percentage of our population have high blood pressure and don’t even know they do. This puts them at great risk of kidney disease, heart failure and stroke.

“This Heart and Stroke Awareness Month, we are appealing to the public to have their blood pressure checked. Adults between the ages of 18 and 39 should have their blood pressure checked at least every two years, while those older than 40 should go for a screening annually. This can be done at most pharmacies, clinics or at your GP. Getting into the habit of doing so could save your life,” says Jennings.

MORE THAN HALF OF SOUTH AFRICANS GAINED WEIGHT DURING PANDEMIC, 69% BORDERING ON OBESE