Reproduction is the process by which offspring are made, usually sexually.

In humans, this requires the fusion of two kinds of sex cells, called gametes. The male gamete, or sperm, and the female gamete, the egg or ovum, meet in the female’s reproductive system after intercourse. When a sperm cell meets and fuses with an ovum, this is called fertilisation. Fertilisation produces a zygote that then undergoes multiple rounds of cell division to become an embryo that later develops into a foetus during pregnancy.

The male and the female reproductive systems are both needed for reproduction.

Humans, like other organisms, pass some characteristics of themselves to the next generation through genes (the special chemical carriers of traits in living organisms). These genes come from the male’s sperm and the female’s egg, respectively. 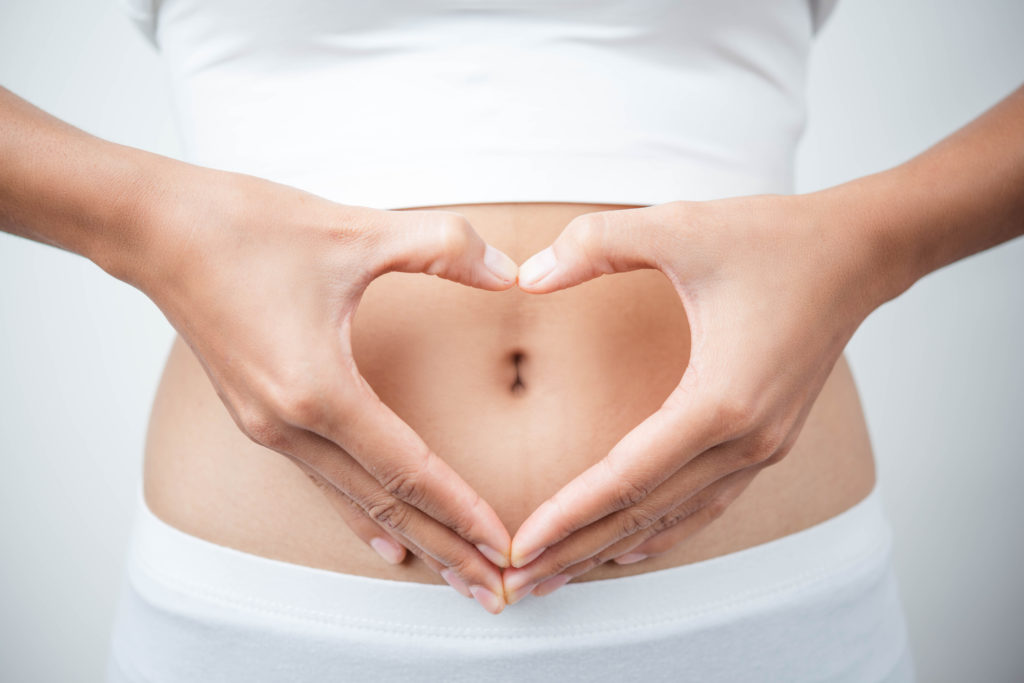 What is the female reproductive system?

The ovaries are also part of the endocrine (hormone) system because they produce female sex hormones oestrogen and progesterone that are needed for good health and wellbeing.

A very thin piece of skin-like tissue called the hymen partly covers the opening of the vagina. The hymen differs from female to female.

How does the female reproductive system work?

When a women is born, her ovaries already contain hundreds of thousands of ova, which remain inactive until puberty begins. At puberty, the pituitary gland (a small gland in the central part of the brain) starts making hormones that stimulate the ovaries to make oestrogen. The secretion of these hormones causes a girl to develop into a sexually mature woman.

Toward the end of puberty, girls begin to release ova as part of a monthly period called the menstrual cycle. This onset of ovulation and menses (your period) is called menarche. From then on, about once a month, during ovulation, an ovary sends an ovum into one of the fallopian tubes.

Unless the egg is fertilised by a sperm while in the fallopian tube, the egg leaves the body about two weeks later through the uterus. This is menstruation (your period). Blood and tissues from the inner lining of the uterus are shed as well to form the menstrual flow, which in most girls typically lasts between three to five days.

It is common for women and girls to have some discomfort in the days leading to their periods.
This is known as Premenstrual Tension/Stress (PMS) and includes both physical and emotional symptoms that many girls and women get right before their periods, such as:

PMS is usually at its worst during the week before your period starts and disappears after it begins.

Many girls also have belly cramps during the first few days of their periods caused by prostaglandins, chemicals in the body that make the smooth muscle in the uterus contract. These involuntary contractions can be dull or sharp and intense. Abnormal and severe pain though is called dysmenorrhoea and should be discussed with your doctor or other healthcare provider.

It can take up to two years from menarche for a girl’s body to develop a regular menstrual cycle. During that time, her body is adjusting to the changing hormone levels. On average, the monthly cycle for an adult woman is 28 days, but the range is anywhere from 23 to 35 days. 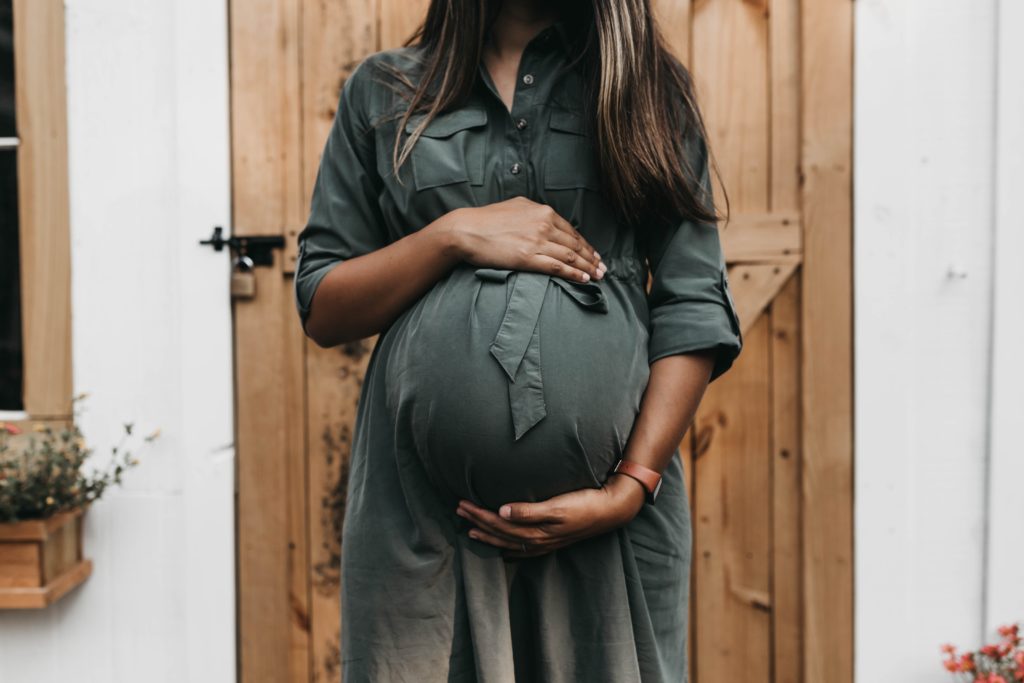 What happens during pregnancy?

If a female and male have sexual intercourse within a few days of the female’s ovulation, fertilisation can happen.
When the male ejaculates (when semen leaves the penis), a small amount of semen is deposited into the vagina containing millions of sperm cells are that “swim” up from the vagina through the cervix and uterus to meet the ovum in the fallopian tube. It takes only one sperm to fertilise an ovum.

The fertilised ovum, or zygote, will then travel down the fallopian tube and a few days later, it will burrow itself into the outer vascular lining of the uterus called the endometrium. This process is called implantation.

The hormone oestrogen causes the endometrium to become thick and rich with blood. Progesterone, another hormone released by the ovaries, keeps the endometrium thick with blood so that the fertilised ovum can attach to the uterus and absorb nutrients from it.

During the foetal stage, which lasts from nine weeks post fertilisation to birth, development continues as cells multiply. The foetus floats in amniotic fluid inside the amniotic sac. The foetus gets oxygen and nourishment from the mother’s blood supply via the placenta. This disk-like structure sticks to the inner lining of the uterus and connects to the foetus via the umbilical cord.

In humans, pregnancy lasts an average of 280 days, or about 9 months.

When the baby is ready for birth, its head presses the cervix, which begins to relax and widen. Mucous has also formed a plug in the cervix, which now loosens. This mucous plug and the amniotic fluid come out through the vagina when the mother’s water breaks.

When the contractions of labour begin, the walls of the uterus contract as they are stimulated by the pituitary hormone oxytocin. The contractions cause the cervix to widen and begin to open. After several hours of this widening, the cervix is dilated (opened) enough for the baby to come through. The baby is pushed out of the uterus, through the cervix, and along the vagina. The umbilical cord comes out with the baby.

The last stage of the birth process involves the delivery of the placenta, which at that point is called the afterbirth. After it has separated from the inner lining of the uterus, contractions of the uterus push it out, along with its membranes and fluids.

Contraceptives are the medications and devices used to control the number and timing of pregnancies (family planning).

There are several different methods of contraception, and while most medically prescribed methods are highly effective, their reliability often depends on how closely you follow the instructions for use. Additionally, following instructions for some methods may be easier than for others. Oral contraceptives, for example, are very effective with perfect use; however, many women forget to take The Pill every day.
People tend to follow instructions more closely as they get used to using a certain method. 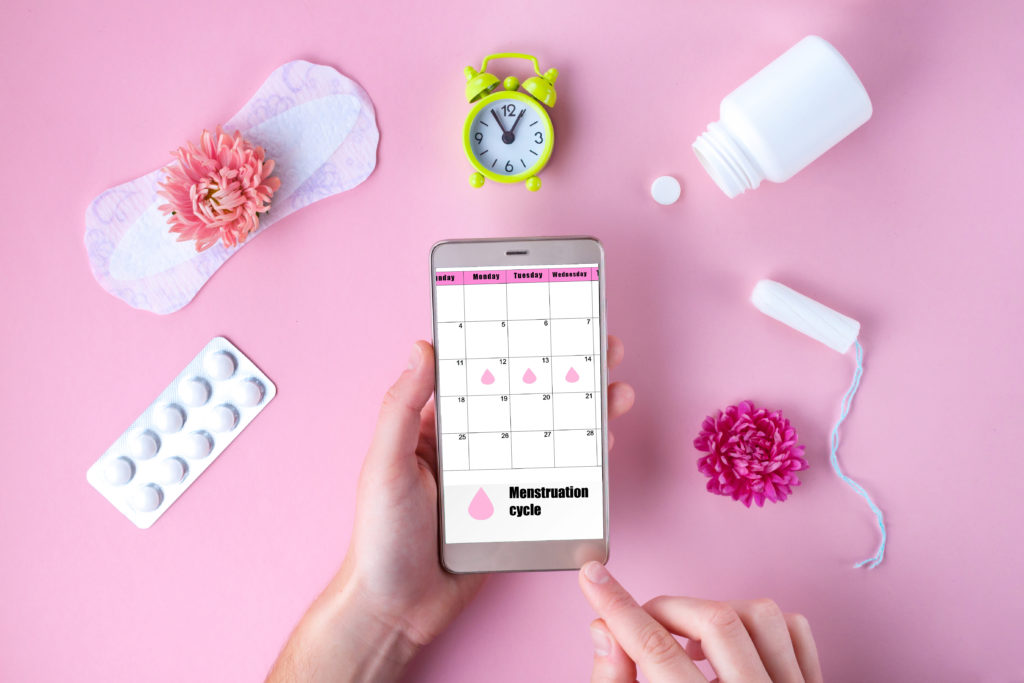 “The Pill” is a term for a number of different types of tablets that you need to take daily to avoid falling pregnant. It may also be called ‘hormonal contraception‘.

The combined pill contains both the hormones oestrogen and progesterone that stop the ovaries from releasing unfertilised eggs (ovulation). The combined pill also thickens the cervical mucus, preventing the sperm from getting to the egg.
The so-called “mini pill,” on the other hand, only contains the one hormone, progesterone for those women who cannot tolerate oestrogen.

Ask your healthcare provider whether the combined pill is a suitable method of contraception for you based on your medical history.

Getting started with The Pill

Making the decision to go onto an oral contraception should be discussed with your doctor. There are various types of contraception and The Pill is available in different formulations and strengths of hormones. Your doctor will help you identify the most suited product based on your needs and health history.

Other important topics to raise with your doctor:

How do you take The Pill properly?

Taking the pill is the same as taking most other medications that come in tablet form: you put one in your mouth and completely swallow it, preferably with water. This should be done consistently at the same time every day, regardless of whether you engage in sexual activity or not.

Forgetting or neglecting to take your pill means it won’t be as effective as it should be, and you could end up falling pregnant. Therefore, it is recommended that you pick a time to take your pill regularly and follow that routine to keep yourself from missing a pill.

On the off chance that you miss at least one pill, or start a pill pack past the point indicated on the packaging or instructions (various pills have various cycles), check the Patient Information Leaflet inside your pack.
If you are uncertain, talk to your healthcare provider or pharmacist.

Non-compliance: how to avoid contraceptive failure

Advice to make sure you never miss your pill:

Tablet-taking should never be stopped for longer than seven days. Uninterrupted tablet-taking for seven days is required to attain adequate suppression of the hormone cycle that controls fertility in women.

If extra contraceptive precautions are required, patients must abstain from sex or be advised to use a cap plus spermicide or a condom.

Your menstrual period will occur after you have completed the second pack. If your period does not occur, consult your doctor before resuming the next pack.

When does the 7-day rule apply:

If you are more than 12 hours late taking a tablet, or if you have vomited, or if your doctor advises you to follow the 7-day rule because you are taking certain medicines.

What should you know about breast health?

The breasts are also part of the female reproductive system, and while also found in men, the mammary gland (milk production) function is usually only present in women.

The mammary glands (breast tissue that produces milk) serve the primary purpose of producing milk to nourish a newborn baby. The process of producing and secreting milk by nursing mothers is called lactation.

However, in non-pregnant women, the mammary tissue is largely undeveloped and instead consists of large amounts of dermal and subdermal (skin and below-skin) tissue, including adipose (fat) tissue.

The central area of the breast is usually more darkly pigmented and is called the areola. The areola in turn surrounds a central protruding nipple that can be stimulated by nerve cells to become erect with tactile touch, the cold and, sometimes, sexual arousal.
You may notice that your areola is slightly bumpy or that the skin appears slightly ruched? This is because large sebaceous glands are present and help to produce sebum, an oily secretion which helps prevent the skin of the nipple from chapping or cracking.

Women should always seek a doctor’s advice if they notice any abnormal changes in skin texture, puckering or leakage from the nipple, or if they note any irregular lumps that they can feel.
Breast cancer is the most common cancer in women globally.

Your risk of developing breast cancer is higher if you experienced menarche/puberty at a young age or if you have only experienced menopause later in life than expected. This is because many types of breast cancer are hormone-driven, meaning that oestrogen helps potentiate its development.

Other risk factors for breast cancer include:

Additionally, you are at greater risk of developing breast cancer if you have a family history of ovarian and breast cancer (particularly a mother, aunt or sister). Genetic mutations to the BRCA genes are strongly associated with breast and ovarian cancer.

Breast examination should be scheduled routinely at doctor or clinic check-ups for women, as early detection of breast cancer is possible and results in better treatment outcomes.

For a healthier dessert option, fruit cooked over the coals is delicious and packed with vitamins and minerals. 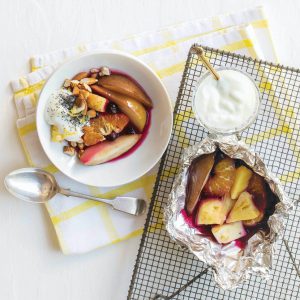 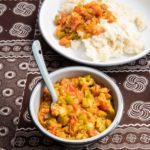 African salad with a twist 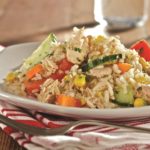 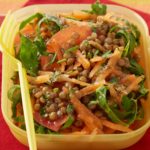 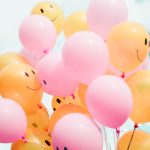 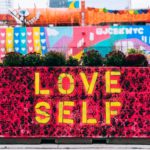 How to Grow Your Self-esteem 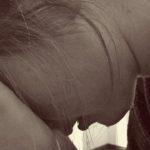