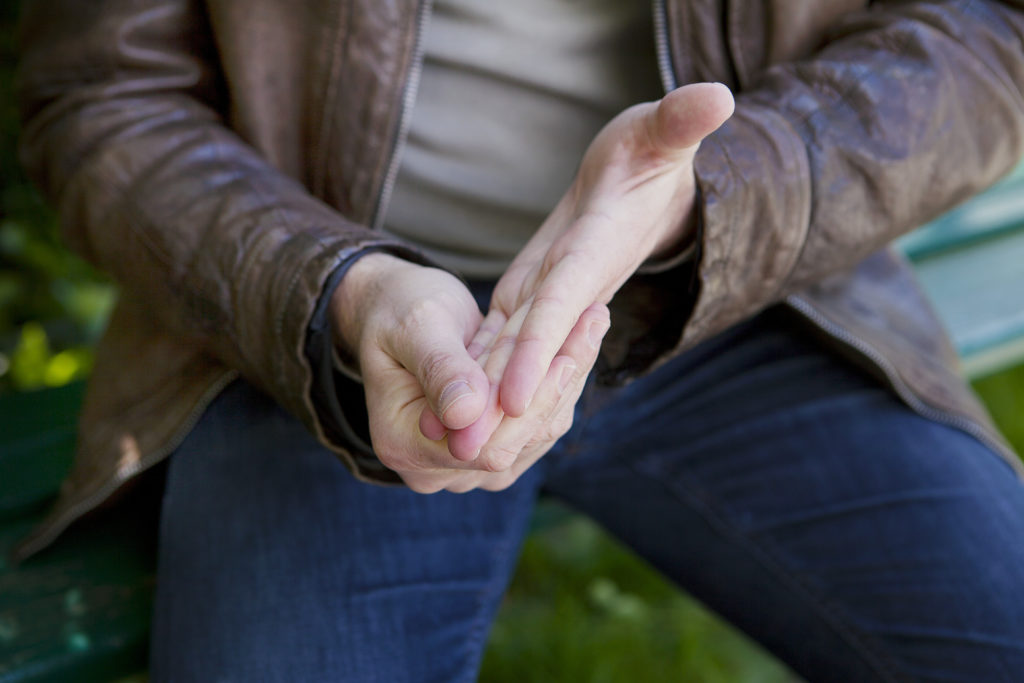 What is Raynaud’s Disease?

If you have Raynaud’s disease it means that your hands, and sometimes your feet, change colour because the blood vessels in these areas narrow too much when exposed to cold conditions, limiting blood flow.

It appears that women and people who live in colder climates are more likely to have Raynaud’s disease.

While most people are not troubled by mild symptoms of Raynaud’s disease, it can affect your quality of life. Treatment depends on the severity of your symptoms and whether you have other underlying health conditions.

How do you know if you have Raynaud’s Disease?

If you have Raynaud’s disease, affected areas of your skin usually first turn white on exposure to cold and stress. They then may turn blue and feel cold and numb. As you warm and your circulation improves, the affected areas may turn red, become numb or feel tingly. After you warm up, the return of normal blood flow to the area can take 15 minutes.

Although Raynaud’s most commonly affects your fingers and toes, it can also affect your other extremities, such as your nose, lips, ears and even nipples.

When to see your doctor
See your doctor immediately if you experience severe Raynaud’s symptoms, or if you develop a sore or infection in one of your affected fingers, toes, hands or feet.

While doctors do not completely understand the cause of Raynaud’s disease, blood vessels in the hands and feet appear to overreact to cold temperatures or stress. When this happens, the smaller arteries that supply blood to your skin become narrow (vasospasm), limiting blood flow to affected areas. While this phenomenon is usually brief, over time, these small arteries can thicken slightly, further limiting blood flow.

Exposure to cold temperatures is the most likely to trigger; for example, putting your hands or feet in cold water, taking something from a freezer or being in cold air. For some people, emotional stress can also trigger symptoms.

What are the types of Raynaud’s Disease?

There are two main types of Raynaud’s disease:

Primary Raynaud’s: This is the most common form. It is not the result of an associated medical condition. Primary Raynaud’s disease may be so mild that you do not even realise you are affected, and you do not need treatment and it can resolve on its own.

Secondary Raynaud’s: This is also called Raynaud’s phenomenon, and is caused by an underlying medical condition. Although secondary Raynaud’s is less common than the primary form, it tends to be more serious and symptoms usually appear in adults over 30 years of age, later than they do for primary Raynaud’s.

Risk factors for primary Raynaud’s include:

Sex: Women are more likely than men to be affected.

Age: Although anyone can develop Raynaud’s disease, it typically begins before the age of 30 years.

Emotional stress: Some people experience Raynaud’s disease symptoms when they are acutely stressed or going through a difficult emotional experience.

Causes of secondary Raynaud’s include:

Connective tissue diseases: Most people with scleroderma (a rare disease that leads to hardening and scarring of the skin) will have Raynaud’s disease too. Other diseases that increase the risk of Raynaud’s include lupus, rheumatoid arthritis and Sjogren’s syndrome.

Diseases of the arteries: These include atherosclerosis (a build-up of fatty plaques in blood vessels), particularly in the vessels that feed the heart, or which causes the blood vessels in the hands and feet to become inflamed.

Repetitive action or vibration: This includes typing, for example, and other activities that require doing similar hand movements over long periods. Operating vibrating tools, such as jackhammers, can lead to overuse injuries and Raynaud’s disease as well.

Injuries to the hands or feet: This could include a wrist fracture, surgery or frostbite, for example.

Certain medications. Beta-blockers, some migraine medications, some attention-deficit/hyperactivity disorder medications, certain chemotherapeutics, and medications that cause blood vessels to narrow, such as some over-the-counter cold medications, can cause Raynaud’s symptoms.

To help prevent Raynaud’s attacks, it is advised that you follow easy lifestyle behaviours:

Dress warmly: This is especially important during winter when it is cold and when you are going outdoors. Try to wear clothing like gloves or mittens that prevent cold air from reaching your hands.

Take precautions indoors and travelling: Avoid rapid changes in temperature. You may find it helpful to wear mittens and socks to bed during winter. Because air conditioning can trigger attacks, set your air conditioner to a warmer temperature, and consider running your car heater for a few minutes before driving in cold weather. Use may also need to use insulated drinking glasses and wear oven-mitts or other protection when taking things out of the fridge or freezer.

Avoid cigarette smoke and caffeine that can cause blood vessels to constrict.

What treatment is available for Raynaud’s Disease?

Depending on the cause of your Raynaud’s disease, medications to widen blood vessels and increase blood flow might help. These medication may include:

Haemorheological agents: This mainly refers to the prescription medication pentoxifylline which is used to improve the symptoms of certain blood flow

problems in the legs and arms. It can help blood flow more easily through narrowed arteries.

Vasodilators: These medications also relax blood vessels and may include nitroglycerin, some high blood pressure medications, the erectile dysfunction medication sildenafil, some antidepressants and a class of medication called prostaglandins.

Your doctor may suggest the following if you have severe Raynaud’s disease:

Nerve surgery: Sympathetic nerves in your hands and feet control the narrowing of blood vessels in your skin. Therefore, cutting these nerves interrupts their exaggerated responses.

What complications are associated with Raynaud’s Disease?

If you have severe secondary Raynaud’s disease, it can reduce the blood flow to your fingers or toes, to such an extent that it causes tissue damage. A completely blocked artery can cause ulcers and gangrene; rarely, this can lead to amputation of the affected areas.

• Biggers, A. (2019) Everything You Need to Know About Raynaud’s Phenomenon. Healthline. Available from: https://www.healthline.com/health/raynauds-phenomenon [Accessed 31 January, 2021]

• Sampson, S. (2017) What you need to know about Raynaud’s Disease. MedicalNewsToday. Available from: https://www.medicalnewstoday.com/articles/176713#complications [Accessed 31 January, 2021]

• Slowiczek, L. (2018) What is Vasospasm and How is it Treated? Healthline. Available from: https://www.healthline.com/health/vasospasm#symptoms [Accessed 31 January, 2021]