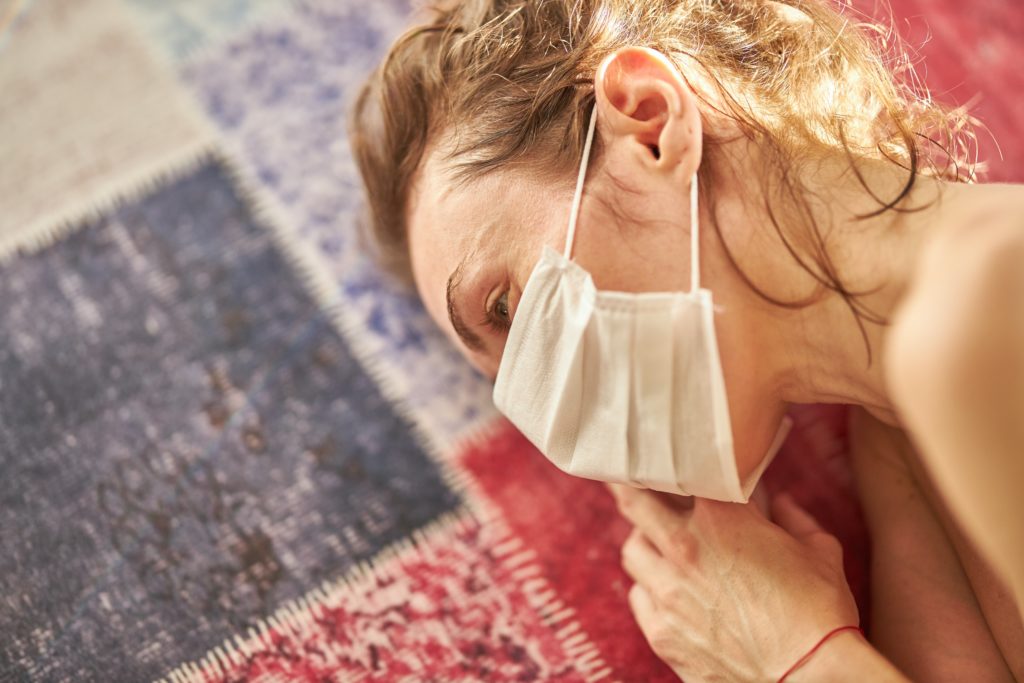 Are you suffering from mental illness during COVID-19?

Read on to get advice on how to cope:

Over the past few months, South Africans, like much of the rest of the world, have had to come to terms with a previously unknown disease that has rapidly spread across the globe. It has affected everyone and people all over have had to adjust to their lives which have been significantly changed over a short period. The periods of lockdown and social distancing that we have all been called to adhere to have brought about challenges on many fronts and most people have had to endure fear, anxiety and much ongoing uncertainty.

The media is filled in with a deluge of information pertaining to the pandemic. Much of it has focused on the measures that should be taken to protect yourself. The pandemic has caused extreme uncertainty and rapid changes in how we live.
A lot has been speculative about the way that the disease will play out and ultimately affect our lives in the future, with much written on dealing with the challenge of a lockdown period and how to survive extraordinary circumstances.

However, very little has been said about how to cope during the pandemic if you happen to suffer from a mental illness.

It is still too soon to comment on specific mental illnesses seen in those who test positive for COVID-19, but there are more general guidelines that should be considered by patients who suffer from the most common mental illnesses in a time of uncertainty. Many people have become unhealthily news-obsessed since the start of the pandemic.

It is helpful to remember that mental illnesses are multifactorial (have many causes) and that our response to COVID-19 must be from the commonly accepted perspective that there are biological, psychological, social and spiritual perspectives of mental disease.

Diseases, such as depression, bipolar disorder, anxiety disorders and schizophrenia, have known biological manifestations because they are characterised by changes in brain chemicals (neurotransmitters).
There are also often genetic factors that combine with environmental changes that cause mental illness.

It remains to be seen whether those who test positive for COVID-19 will have specific brain changes unique to the viral infection. However, if you suffer from mental illness, the following is important from a biological perspective:

Now is not the time to interrupt your regular dosing schedule.

Make sure that you pick up your repeat script in time from your pharmacy (sudden withdrawal of medications like antidepressants can make you feel really physically and emotionally ill).

Take note of your medication in case of infection

If you are prescribed additional medication should you be diagnosed with the viral infection, make the prescribing doctor aware of the psychiatric medication that you are currently taking.

3 Get enough sleep but do not oversleep

Make sure that you get enough sleep, but do not over-sleep.
Try and stick to a routine and go to bed and get up at the same time most days.

Avoid spending the day in bed in a dark room just because it is lockdown or you are working from home. Only use medication prescribed for sleep at night-time.

Try and expose yourself to at least 20 minutes of sunlight outside every day at home (without making unnecessary contact with other people).

When you venture out to buy food, make healthy choices so that you can follow a balanced diet with enough fresh vegetables, fruit, protein and limited carbohydrates.

Keep yourself well hydrated with non-alcoholic beverages and water.

Additionally, avoid over-indulging in fatty and sugary foods (especially when you might be feeling low or down).

There are many downloadable home workouts online – from light exercises to more challenging plans – if you are worried about.
If you have not done exercise for some time, it is best to start slowly with a basic plan and work it up from there.

Read more about how to do regular exercise here.

Patients who suffer from a substance use disorder may find themselves in a “forced withdrawal” during lockdown as substances that they are addicted to are not readily available; for example, alcohol and cigarettes.

If you are experiencing withdrawal symptoms (e.g. tremors, intense craving, headaches, nausea or decreased appetite), contact your GP or psychiatrist who can assist with a prescription of medication to alleviate these symptoms.

The global pandemic has caused unplanned, huge amounts of stress for everyone.

It has developed rapidly, meaning that we all have had to adjust ourselves mentally as information becomes available.
These are uncertain times for us all, but the following are suggested:

1 Remind yourself that your control over the situation is limited

It is a fact of life, and this crisis has vividly illustrated that the unforeseen can, and does happen, and that we cannot always control what happens to us, or the outcomes.

One can spend a great deal of time worrying about what could happen and this only makes you more anxious. As always, it is better to focus on what you can control, and that the control is usually limited to the here and now.

So, do the right things: wash your hands frequently; wear a mask (correctly) when leaving your home; avoid touching surfaces that may have been contaminated where possible, and keep a distance of at least one to two metres when you talk to someone outside of your home.

In essence, mindfulness means that you shift your focus to the here and now (the only reality that exists) in a non-judgmental way.

Use your senses to ground yourself in the present moment and just observe it without wanting to leave it. Control your breathing as you do this.

There are multiple sources online that you can use if you want to combine mindfulness with a form of meditation (such as with the Headspace app).

If you feel overwhelmed (as invariably one does), sit down and write down your fears and worries.
Putting pen to paper helps us to organise our thinking. Next to each item write down anything which you think you can do about the concern/worry.

Each time you find yourself overthinking the situation or worrying, go back to your list and read what you have written – if there is something that you can do, go ahead and do it.

If there is nothing that you can do – try and release it (“surrender”).

Remind yourself "thought is not fact"

It is normal for your brain to have many thoughts, but these are merely thoughts and do not constitute reality.

Limit your exposure to the news and social media

You may be working from home or have more time on your hands now, but it is probably not the best idea to spend long periods soaking up every bit of news (remember that you are getting a filtered version of reality).

Instead, update yourself once a day from a reliable source, like the South African Department of health website, and then try and focus elsewhere.

Get help if needed

Contact your psychologist or psychiatrist if you feel that you are not coping or if your symptoms are worsening.

Most professionals are offering telephonic or video consults at this time, so schedule a “virtual” appointment if needed.

We have all been forced into an unusual situation by the lockdown.
If you live alone, you may be even more isolated than before as you cannot go out and socialise.

In most homes, people are having to spend more time together than what they are used to, and this could create tension (as is often experienced at Christmas time or other family occasions, such as weddings and funerals).

Your personal space has changed out of necessity; therefore, try the following:

Stay connected with those that you love and trust, especially those with whom you can communicate freely about yourself.

Now, more than ever, we need to stay connected to those that support us.
This is where you should use your phone!

2 Try to help someone else

It helps us mentally when we reach out to others and support them. This also gives us some perspective regarding our own troubles.

3 Make time and space for yourself

Make it known that you need some space to be on your own at certain times of the day. One might need to work out a plan so that each home occupant has a designated “me time” and place in the home where they can be alone.
This is not abnormal and does not mean that you don’t want to be with others – it is merely an “equaliser”.
Introverts especially need time alone to energise.

Understand that family members and others who share your space are also finding it difficult to adapt to spending more time together than usual. If possible, talk about your frustrations as this may encourage others to do the same and to neutralise any built up tension. Some degree of compromise is going to be necessary from everyone.

In many homes, a few different generations will be living together.

See this as an opportunity to get to know your family members afresh as you apply a compassionate mind to a difficult situation.

It may be a difficult situation for patients who are forced to share a space at this time with family members who may have traumatised them in the distant or more recent past.
As the pandemic progresses this may become more difficult.

Whilst contact is going to be unavoidable, try and create a place of safety by sharing your fears with someone who could potentially assist in protecting you should you feel threatened.

Additionally, some may be tempted to use this time to open up to family members about issues that may not have been known before. However, this should be done with caution, as you don’t want to address a potentially emotive issue when there is no chance of retreating away from a difficult situation. Therefore, these discussions should probably wait until after lockdown.

Family members of such patients should be careful of “high expressed emotion” characterised by hostility, emotional over-involvement and critical comments. Here it helps to communicate your needs verbally, perhaps more so than before.

Your psychologist can assist you with techniques to develop this (make that call!).

Consider connecting online with people who share your interests

Connect on-line with people who share your interest in sports or hobbies, for example.
See how they are dealing with the lockdown and share your ideas with them.

“At some moment I did answer Yes to Someone — or Something — and from that hour I was certain that existence is meaningful and that, therefore, my life in self-surrender had a goal.” — Dag Hammarskjöld.

Times of uncertainty often generate an “existential crisis” for people of all generations. You might find yourself asking questions about your very existence and the meaning of life – this is normal in such circumstances.

It may therefore be helpful to seek out someone who you can connect with – whatever your outlook. This is an added “layer” of support that has proven to make people more resilient in times of deep uncertainty and beyond.
So, consider speaking to your pastor, priest, imam, rabbi or just a trusted spiritual mentor – this crisis may be the start of a new spiritual journey for you.

If you or someone you know is struggling with mental health during the pandemic, you can get help by contacting a trained counsellor, between 8am-8pm Monday to Sunday, by calling the Pharma Dynamics’ toll-free hotline on 0800 20 50 26.

Want to find out more about other mental health conditions? You can follow this link.

COVID-19 and its toll on mental health