Survey: SA ill-prepared for the 2019 cold and flu season 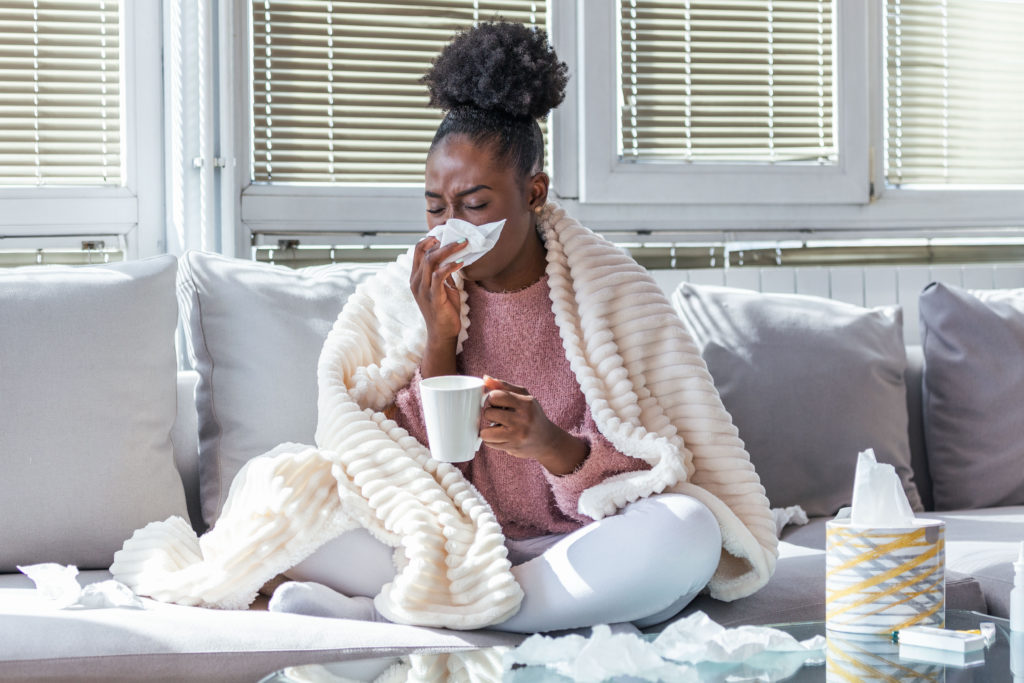 There is worry that South Africa is not prepared for this year’s cold and flu season.

It’s no wonder that most medium-size companies are losing up to 105 days a year due to staff calling in sick because of the common cold or flu, since the majority of South Africans seem to be ill-prepared for the health challenges that winter typically brings.

In a survey, conducted by colds and flu medicine supplier Pharma Dynamics, to determine how “prepped” South Africans are for the 2019 colds and flu season, many didn’t feel it was necessary to improve their health habits to stave off infection.

A staggering 64 % couldn’t be bothered to eat more healthily by increasing their intake of fresh fruit and vegetables, 80 % haven’t gone for the flu-jab and 6 out of 10 don’t implement proper hygiene practices, such as regular handwashing.

Of the 1 800 South Africans that participated in the online poll, three quarters won’t be going to bed earlier to get in their 8-hours of rest and less than half are boosting their immunity with multivitamins and health tonics.

Annemarie Blackmore, Antimicrobial Manager for Pharma Dynamics, says studies show that people who don’t get enough sleep are more likely to catch a cold after being exposed to the virus, which can also delay their recovery.

“When we sleep, our body releases proteins called cytokines which promote sleep and help fight infection. Too little sleep may decrease the production of both cytokines and infection-fighting antibodies, both of which the body needs, especially when battling a cold.

Washing hands regularly with soap and water for 20 seconds will also help to limit the transmission of colds and flu viruses that are mostly transmitted by aerosol droplets or our hands.”

According to the Pharma Dynamics’ survey, 85 % of respondents said they didn’t think it was important to keep their hands away from their faces either, but Blackmore says this is the easiest way of getting sick.

“People usually catch colds when they rub their eyes or nose after their hands have been contaminated with the virus that they’ve picked up from other people or contaminated surfaces. If you are around a colleague or friend that is ill, ask them to cough into a tissue or their elbow to avoid spreading the germs. Teach children the same practice.”

As far as stocking up the medicine cabinet goes, 61 % of respondents won’t be buying any colds and flu medication to keep handy in case of an emergency and less than 4 % won’t be cleaning humidifiers and checking whether other equipment, such as thermometers, are still in good working condition.

“While stockpiling medicine is never a good idea,” remarks Blackmore, “having a supply of pain and fever medication for both adults and children, antihistamines, a nasal decongestant, expectorant, throat spray and an electrolyte mix are all winter essentials that should be stored in a safe place. It’s usually in the middle of the night that you need it most and when you’re feeling under the weather, the last thing you want to do is to venture out into the cold to get supplies from the pharmacy.

“It is also a good idea to stock the pantry with enough food and the freezer with a few pre-cooked meals for when colds and flu symptoms strike. If you have young children, have an action-plan in place by lining up support ahead of time to ease the stress of having to secure babysitters at the last minute,” advises Blackmore.